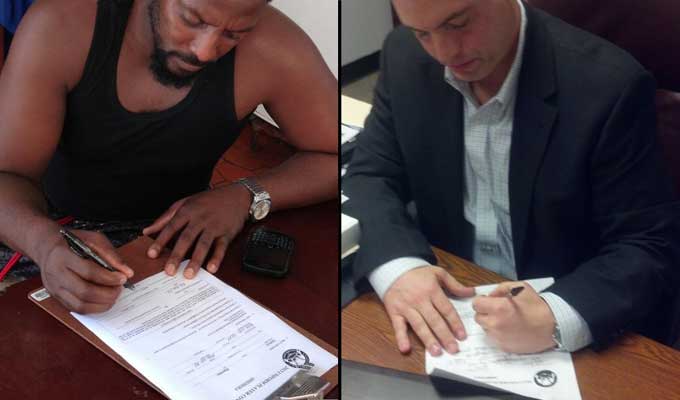 “Vlad Guerrero is one of baseball’s all-time greats,” said Ducks President/GM Michael Pfaff. “It will be exciting to add him to our lineup as we begin defense of our Atlantic League championship.”

“I’m very excited about this opportunity the Long Island Ducks have given me as I try to make it back to the big leagues,” said Guerrero. “I have a home on Long Island and look forward to helping the Ducks this season.”

The 2004 American League Most Valuable Player, Guerrero hit above .300 in 13 of his Major League seasons. He hit a career-high .345, adding a career-best 44 home runs in 2000 with Montreal. Guerrero spent of part of 2012 in the Toronto Blue Jays organization, playing 12 games between Dunedin (A+) and Las Vegas (AAA).

The Long Island Ducks are members of the Atlantic League of Professional Baseball and play their home games at Bethpage Ballpark. The Ducks begin their defense of the Atlantic League Championship on April 18 at the Sugar Land Skeeters. Opening Day at Bethpage Ballpark is April 26, as the Ducks host the Skeeters at 7:05 p.m. For further information, call (631) 940-DUCK or visit www.liducks.com.