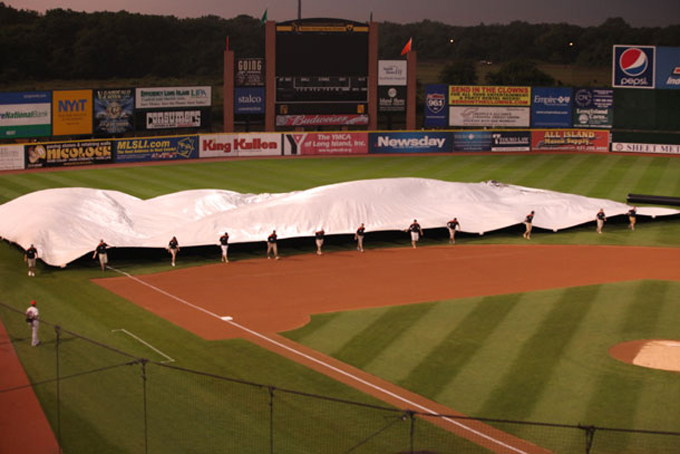 Doubleheader schedule for Thursday, May 10


(Central Islip, N.Y., May 9, 2012)
– Wednesday’s (May 9) game between the Long Island Ducks and the York Revolution has been postponed due to inclement weather.

Ticket holders for Wednesday’s (5/9) game can exchange their tickets at the Bethpage Ballpark Box Office for a ticket of equal or lesser value to Thursday’s (5/10) doubleheader or any future 2012 regular season home game, subject to availability.