WELLS CALLED UP TO BIG LEAGUES 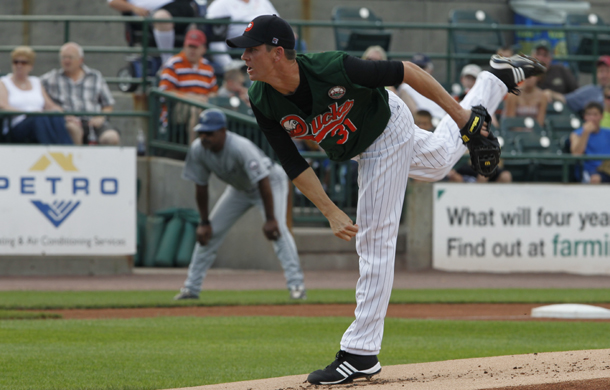 (Central Islip, N.Y., June 27, 2012) – Kip Wells was called up to the Major Leagues and started for the San Diego Padres on Tuesday, June 26 in their game against the Houston Astros, making the pitcher 12th former Duck to return to the big leagues after playing with Long Island. Wells joins Carlos Baerga, Bill Pulsipher, Nelson Figueroa, Pedro Borbon, Jr., Ken Ray, Mel Stocker, Jay Gibbons, Erick Almonte, Robinson Cancel, Joey Gathright and Justin Hampson as Ducks that have made it back to the game’s highest level after playing at the Duck Pond.

Wells tossed five innings at Minute Maid Park in Houston, Texas, allowing two earned runs on seven hits while striking out two. It was the right-hander’s first time on a Major League mound since October 1, 2009 as a member of the Cincinnati Reds. The 35-year-old is now in his 12th Major League season and has compiled a 4.71 career ERA and 946 strikeouts in 290 games (213 starts).

Wells was a member of the Ducks during the 2010 season and posted a 2-2 record with a 4.00 ERA in five starts. He struck out 23 batters in 27 innings pitched, earning a season-high nine strikeouts in his final start. Along with Cancel, Gathright and Hampson, Wells is the fourth member from the Ducks’ 2010 squad to return to the Major League level after their time on Long Island.