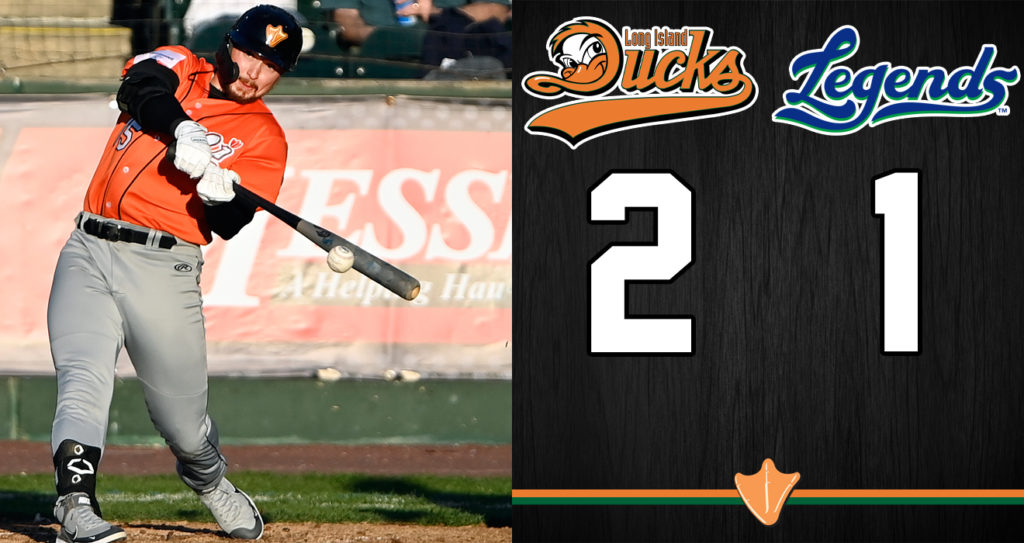 (Lexington, Ky., July 8, 2022) – The Long Island Ducks defeated the Lexington Legends 2-1 on Friday night in the opener of a three-game series at Wild Health Field.

Lexington pushed across the first run of the ballgame in the bottom of the first inning. Boog Powell doubled to right-center, and Tillman Pugh followed with an RBI single up the middle.

It stayed that way until the top of the ninth inning. Sam Travis singled to right to put the tying run on base before Dustin Woodcock launched a two-out, two-strike, two-run home run to right that put the Flock in front 2-1.

The Legends tried to rally in the ninth, getting back to back hits from Isaias Tejeda and Jordany Valdespin. A wild pitch moved the runners to second and third with nobody out. However, Kai-Wei Lin struck out Montrell Marshall and induced a game-ending double play off the bat of Rusber Estrada.

The Ducks and Legends continue their three-game set on Saturday night. First pitch is scheduled for 6:35 p.m. from Wild Health Field. Fans can follow all the action on the Long Island Ducks Broadcast Network. Live streaming HD video and audio will be available via BoxCast on LIDucks.com as well as on the Ducks official Facebook page and YouTube channel. Right-hander Anderson DeLeon (3-2, 4.32) takes the mound for the Ducks against Legends lefty Thomas Dorminy (3-3, 6.89).