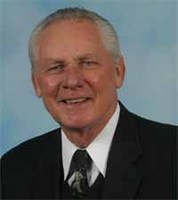 Bud Harrelson has enjoyed a career in professional baseball that has stretched over 50 years as a player, coach, manager and owner.

Buddy was a key member of the 1969 World Series champion and 1973 National League champion New York Mets. In 1971, he won the Gold Glove for his outstanding defensive play at shortstop. Following a 16-year major league career as a player, Harrelson stayed within the Mets organization as a minor league and major league coach before being named manager of the Mets in 1990. In two seasons with New York, Buddy compiled a winning percentage of .529.

Prior to joining the Ducks ownership group, Harrelson was involved with the ownership of the Wilmington Blue Rocks baseball team (Class-A affiliate of the Kansas City Royals).

The Niles, California native currently resides in Hauppauge and was an active member of the Long Island philanthropic community for more than four decades, supporting innumerable charities, foundations and causes in need of assistance. On August 3, 2018, the Ducks retired Buddy's famous "#3" in a pregame ceremony at Bethpage Ballpark.