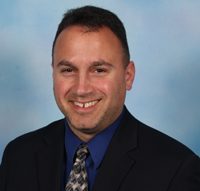 Doug was an original member of the Ducks staff, working with the team through their first five seasons. He returned to the Ducks in 2006 after spending a year as a Corporate Sales Manager for the New York Islanders Hockey Club. Doug's sports career began in 1999 when he moved to New Jersey for a group sales internship with the Somerset Patriots Baseball Club at the ripe old age of 27. One year later, the Ducks joined the very same league and he came home. Doug lives in his hometown of Holbrook with his wife, Sharon, and their children, Bryan and Danielle.