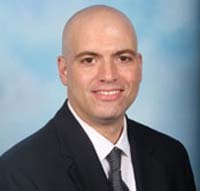 Michael is proud of the growth of the QuackerJack Foundation during his tenure. Founded in 2003, the team’s charitable arm has continued to expand its efforts and now contributes to over 800 non-profit and community organizations each year, while bringing awareness to worthy programs and causes in need of assistance on Long Island.

Additionally, Michael is a member of the Energeia Partnership, a leadership academy dedicated to identifying and addressing the serious, complex and multi-dimensional issues challenging the Long Island Region.

Prior to joining the Ducks, Michael worked at the National Football League Commissioner's Office in New York City for seven years (1995-2002). During his time at the NFL, he was assigned to work two AFC Championship games, three Super Bowls and six NFL Drafts.

The Manhasset native earned his Bachelor's Degree at St. John’s University and currently resides in Sayville with his wife and their three children.